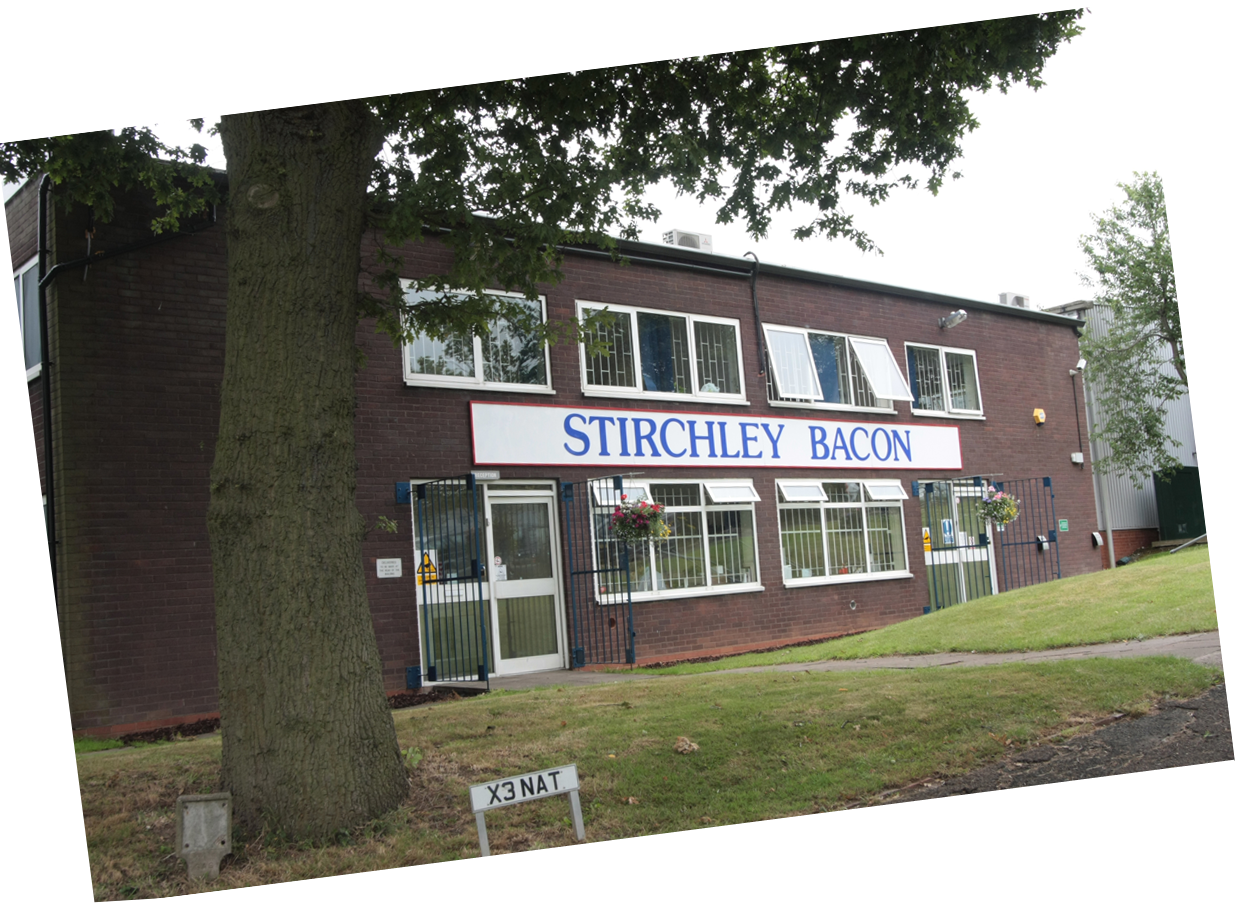 Stirchley Bacon was founded in 1982 from the back of a butchers shop in Stirchley, Birmingham by Neville Jinks, hence the trading name.